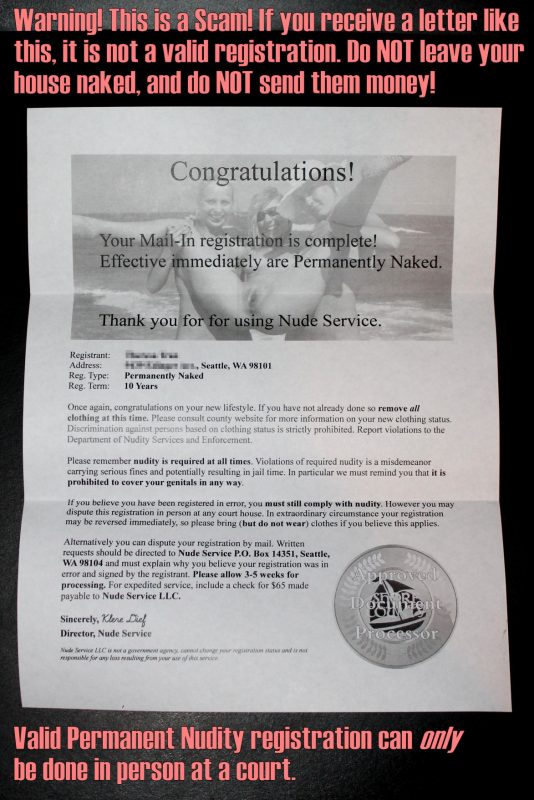 What would it be like if you could go anywhere naked? What if you had to? Or maybe not you, maybe it's your sister, or your co-worker who never wears clothes. What would that be like? This blog is for people who enjoy imagining such things. Click “About” above for more details.